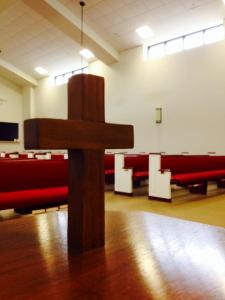 There’s been a lot of news in the past few weeks about truth. Hillary Clinton played loosely with the truth when she claimed to have been named after Sir Hillary Edmund. No one had heard of him until he climbed Mt. Everest in 1953. Hillary was born in 1947. Also, her husband when he was president chastised the nation by pointing his finger at us and saying “I never had relations with that woman”, Monica Lewinsky. It turns out that he had. (Remember he is the one who said “depends on how you define ‘is’”.) It was the late president Richard Nixon who claimed that he never lied about Watergate only to be exposed by the tapes that he made in the oval office. NBC New anchor Brian Williams found himself in hot water when he claimed to have been on a helicopter shot down in Iraq in 2002 only to admit that the story was not true. He was in a helicopter in Iraq but it arrived an hour later than the chopper that was shot down. We seem to live in a society that believes if you lie about something long enough, it becomes true.

When the Lord Jesus was before Pontius Pilate, Pilate asked Him “Are you a king then?”  Jesus answered “You say rightly that I am a king. For this cause I was born, and for this cause I have come into the world, that I should bear witness to the truth. Everyone who is of the truth hears My voice.” Pilate said to Him “What is truth?” (John 18:37, 38) In Pilate we hear the disillusioned voice of our own culture that truth in the ultimate sense may be unknowable or not exist at all. This is sadly how many people live. Your truth is your truth and my truth is my truth. In an age of relativism where there are no ultimate standards, how can we say that Chris Kyle or Brian Williams were wrong?

In his book Mere Christianity C. S. Lewis talks about truth. He says for example why ought I to be unselfish? And your reply would be because it is for the good of society. We respond why should I care what is good for society except when it benefits me personally? If we ask why should I behave decently the answer again would be for the good of society.  I live just for me. Living this way would lead us to total chaos.

Why should I behave decently? Because it honors God. C. S. Lewis said: “This rule of right or wrong, or law of human nature, or whatever you call it, must somehow or other be a real thing—a thing that is really there, not made up by ourselves and yet it is not a fact in the ordinary sense, in the same way as our actual behavior is a fact. It begins to look as if we shall have to admit that there is more than one kind of reality; that, in this particular case, there is something above and beyond the ordinary facts of men’s behavior, and yet quite definitely real—a real law, which none of us made, but which we find pressing on us.”  The Bible shows us that this law (which is embodied in the Ten Commandments) comes from God.

In Romans 2:14-15 the apostle Paul said: “For when Gentiles, who do not have the law, by nature do the things in the law, these, although not having the law, are a law to themselves, who show the works of the law written in their hearts, their  conscience  always  bearing   witness,   and  between   themselves  their thoughts accusing or else excusing them.” This is why people are philanthropic and do good to their fellow man because the law of God is written on their hearts. The Tenth Commandment says we shall not bear false witness. This is why we also know it is wrong to lie. As hard as we may try, we are convicted of what we know is wrong.  We can either suppress it and hope we don’t get caught or do the right thing and own up to it.

James Boice said: “God says that truth is personal. More than that is a person and this person is the Lord Jesus Christ. He Himself said unequivocally ‘I am the way and the truth and the life’ (John 14:6). Plato said ‘It may be that someday there will come forth from God a Word who will reveal all mysteries and make everything plain.’ That Word has now come. The Lord is that Word. He is the one who has come to reveal all mysteries and make everything plain.”